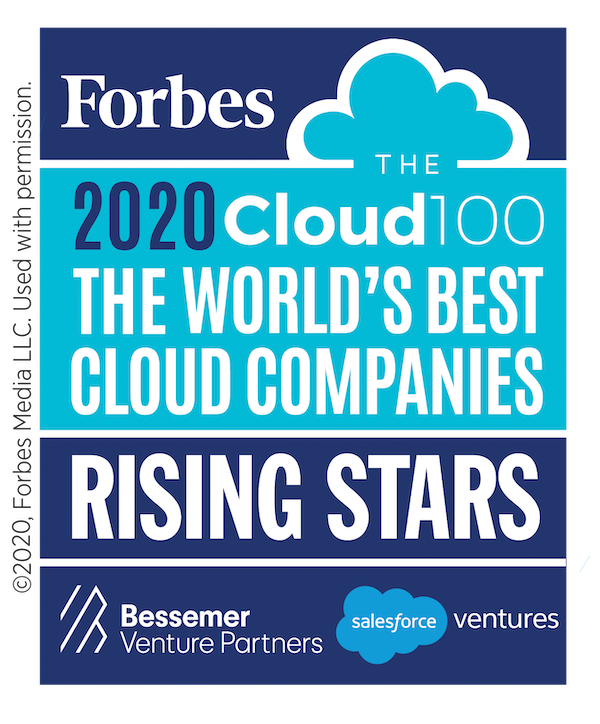 From Forbes. © 2020 Forbes. All rights reserved.
Used under license.

We’re excited to announce that we’ve been named to the Forbes 2020 Cloud 100 Rising Stars. This is a list of the top 100 private cloud companies in the world, published by Forbes in partnership with Bessemer Venture Partners and Salesforce Ventures. The 20 Rising Stars represent young, high-growth and category-leading cloud companies who are poised to join the Cloud 100 ranks.

We are extremely honored to be recognized amongst our most-promising peers. This is a testament to our momentum we’ve built in partnership with our passionate community of users and contributors worldwide, as well as a validation of our community-first, open-source approach to democratizing infrastructure monitoring and troubleshooting.

The major milestones we’ve hit along the way this year include more than 5,000 new users added each day, more than 3 million users total worldwide, and nearly 50,000 GitHub stars, making Netdata the fourth most starred project in the Cloud Native Computing Foundation landscape. We’ve also launched our monitoring service, Netdata Cloud, which has seen very strong growth since its introduction in May, with more than 15,000 users registered so far. We couldn’t have done it without you!

The Forbes 2020 Cloud 100 and 20 Rising Stars lists will also appear in the September 2020 issue of Forbes magazine.